How many days to spend in Okinawa

Okinawa has a lot to offer so If you are thinking of going to Okinawa what affects most to the length of your stay is how many of the islands you want to go to, because it takes about 3 – 5 days to see the sights on one island. Of course a lot of it also depends on the person, for some might enjoy staying at the beach for 2 weeks while others have hourly schedule to fit everything in to one day. On this article, I am going to go through a bit about what Okinawa has to offer, about some of the islands, how to get between them and how much it costs.

Bit of information about Okinawa

Okinawa is the southernmost prefecture of Japan. Okinawa has hundreds of islands these are usually divided to three archipelagos from which main one is called Okinawa islands and the two others are Yaeyama and Miyuako. I am going to concentrate on these islands because they have the main attractions on them and the traveling between is easier than getting to the smaller islands. Okinawa is on the subtropical climate, which makes it popular among the sun worshippers and water beasts, but these are not the only things Okinawa has to offer, there is a lot of culture and history on the island as well as beautiful nature as you would expect from the islands where Karate was originated from. Now let’s see tlak a bit more about the 4 main islands

Okinawa Island is largest of all of the islands at Okinawa and called as the main island. Naha is the city of Okinaw prefecture and it has the largest and most frequently used airport in Okinawa, with flights coming to it from all over Japan as well as from Taiwan, Hong Kong, Korea, and China. So most likely you would be arriving here first. If you are interested in history, you most likely will enjoy spending most of your time here, for Okinawa has lot of sights learn and see about more recent history as well as much older history. Alongside the stories of Okinawa island's past, it also has the most entertainment from bars to amusement parks.

Even though whole Okinawa is known to be a tropical paradise are these Miyuako know to be one of the most beautiful spots for sunbathing, relaxing and snorkeling or diving among the corals. The Miyuako Island is located about 300km from Okinawa. You can get to Miyako Island with a plane from Tokyo and Osaka or Okinawa Island. Or you can take a ferry.

Ishigaki Island has some beaches and diving spots that compete with Miyuako islands spots and with it being close to the Irimote island which has beautiful almost rainforest like nature in it, makes these two Islands a very good choice to go to at Okinawa. At Ishigaki island there is the Yaeyamas biggest airport called New Ishigaki Airport and you can get flights to it from Tokyo, Osaka, Naha and seasonal flights also from Hongkong and Taipei.

Traveling on the islands and from island to island.

The cost of the flights to Okinawa, for one-way ticket can start from around 6000 yen and go upward from there and the round-trip tickets start from around 12000, ofcourse this depends on largely the time you want to go, and on summer time when it is the busiest the costs can climb a lot highter. The rates by flying from Okinawa to the other island starts around the same price as from Tokyo to Okinawa. Unfortunately, between the archipelagos the only way to travel is by airplane. But between the islands at the archipelagos you can get ferries that go from 400 yen to around 5000 for one trip. The best way to travel on islands is by renting a car, there is not much public transportation on the islands and the sights are not usually that close together. The flight times are around 2 to 3 hours. 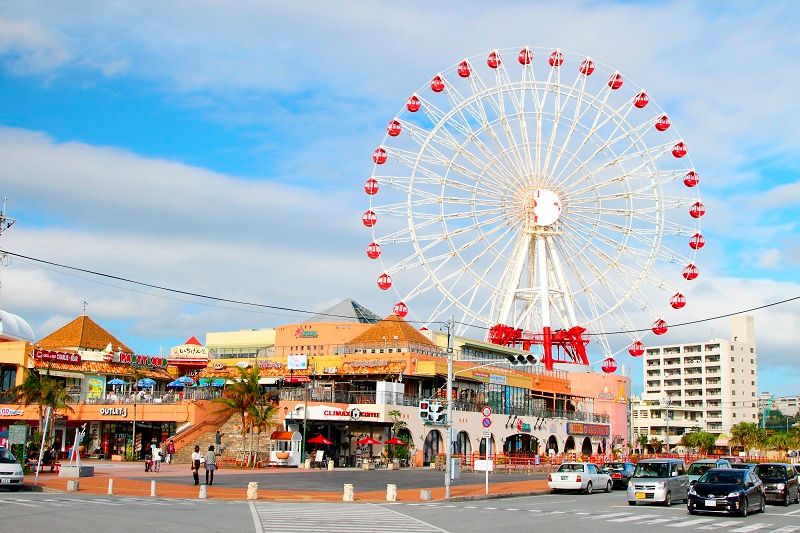 Mihama American Village
American Village was named after the fact that it was once used as a base for American military forces. It is the only place in Okinawa to ride a Ferris wheel. There are shops and restaurants, and it’s also known as a great place to see the sunset.
read more 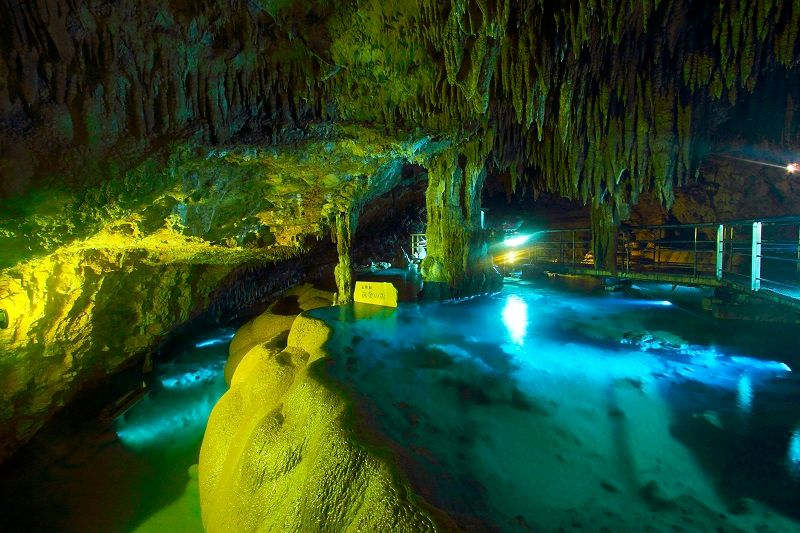 Okinawa World/Gyokusen-do Cave
Beginning with the country’s largest limestone cave, “Gyokusen-do”, there are plenty of spots to see. For example, the world’s one and only Habu Park where you encounter the poisonous “habu” snake, and Ryukyu Kingdom Village where you can experience the culture of Okinawa. It is one of the main tourist spots of southern Okinawa.
read more

Plan your trip to okinawa

Gusuku Sites and Related Properties of the Kingdom of Ryukyu
Top things to do and places to visit in Okinawa, an unbelievably breath-taking place of Japan
common.show-all
Planetyze
Private ToursAbout UsCompanyContact UsPress
Follow Us
YoutubeFacebookTwitterInstagramPinterest
Legal
Privacy PolicyTerms of Service