Gusuku Sites and Related Properties of the Kingdom of Ryukyu

Is an UNESCO World Heritage Site that consists of nine sites connected to the Ryukyu Kingdom at Okinawa. The Ryukyu Kingdom was a kingdom from the 1429 to 1879 that ruled over the Ryukyu Islands, among these islands is islands from Okinawa. The Ryukyu was independent kingdom untill 1609 when the feudal lord of Satsuma made Ryukyu kingdom was forced to swear allegiance to Satsuma but allowed to rule itself still after that until 1879 when it was made part of Japan. These sites Include five castles, two sacred sites , a mausoleum and one garden

Is one of the sacred sites, it is a sacred grove of trees and plans at the area of Shuri Castle. The UNESCO world heritage site is the stone castle gate at the area. The gate used to be only opened for the King of Ryukyu, but nowadays it is not opened at all. The gate was made 1519.

Free (the museum near the Castle is 200yen) 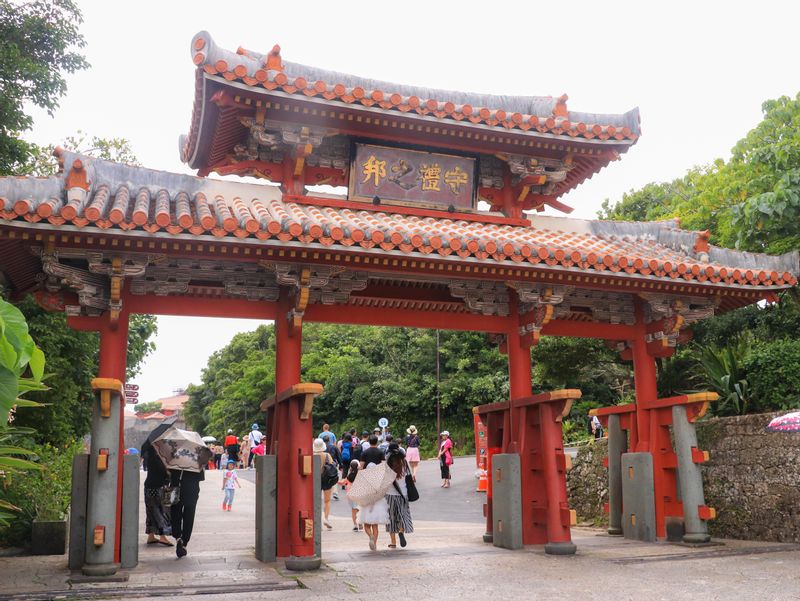 Shuri Castle
Shuri Castle was the center of the Ryukyu Kingdom. It burned down during World War II, but was restored in 1992. In 2000, it became a World Heritage site as part of the Gusuku Sites and Related Properties of the Kingdom of Ryukyu.
read more 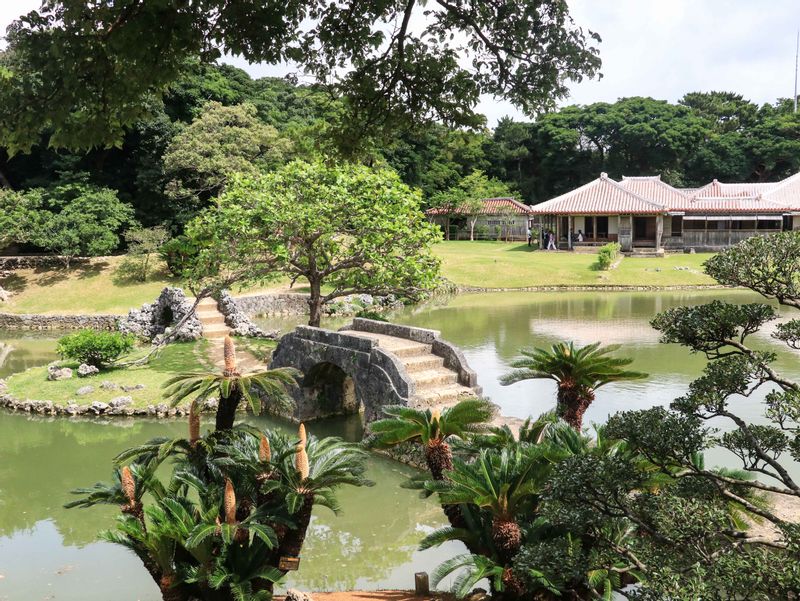 Shikina-en
A former villa of the Ryukyu Royal Family located 2 km south of Shuri Castle. It is a Japanese garden mixed with some aspects from a Chinese style garden. You can enjoy the lovely scenery only able to be seen in a garden of Ryukyu.
read more 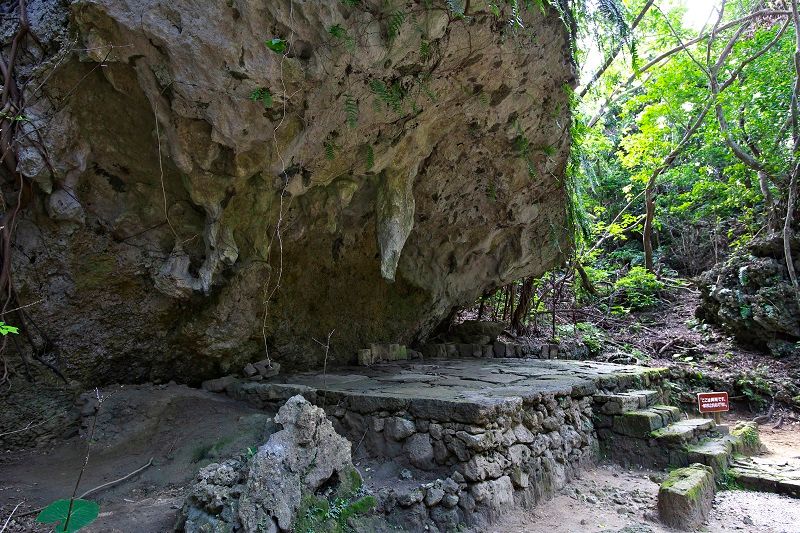 Sefa Utaki
One of the Gusuku Sites and Related Properties of the Kingdom of Ryukyu which was registered as a World Heritage site in 2000. It is a site which will soothe your soul as you feel the power of nature and 6 holy precincts.
read more 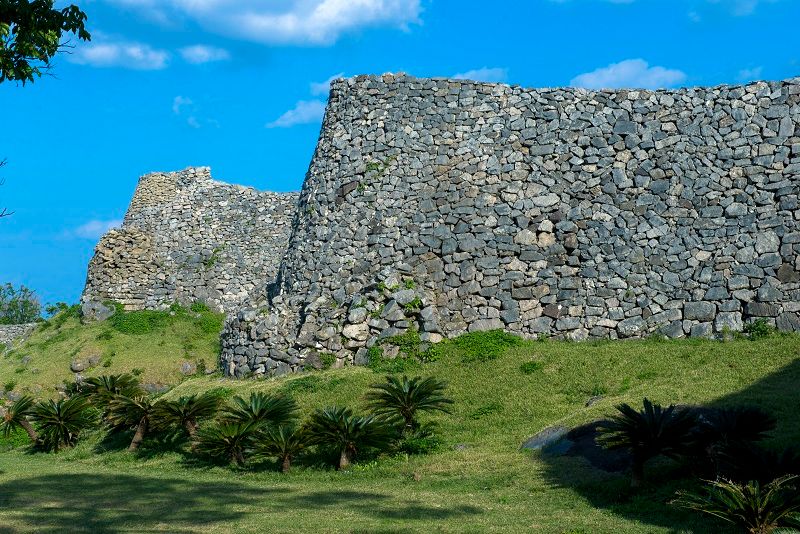 Nakijin Castle Remains
Nakijin Castle which shares the same scale as Shuri Castle is attractive for its high soaring walls and their beautiful curves. The highlights include the scenic view from the plateau and the cherry trees which are the earliest to bloom in Japan.
read more 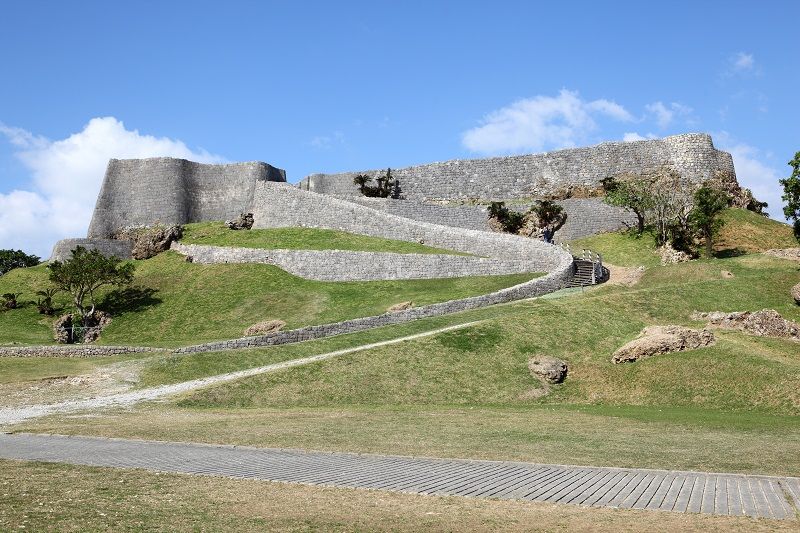 Katsuren Castle
Katsuren Castle is one part of the Gusuku Sites and Related Properties of the Kingdom of Ryukyu which was registered in 2000 as a World Heritage site. Along with the wonderful view from the uppermost point, the curving castle walls which go all the way up a hill and the total view of the site resembling that of a sailing ship are popular.
read more 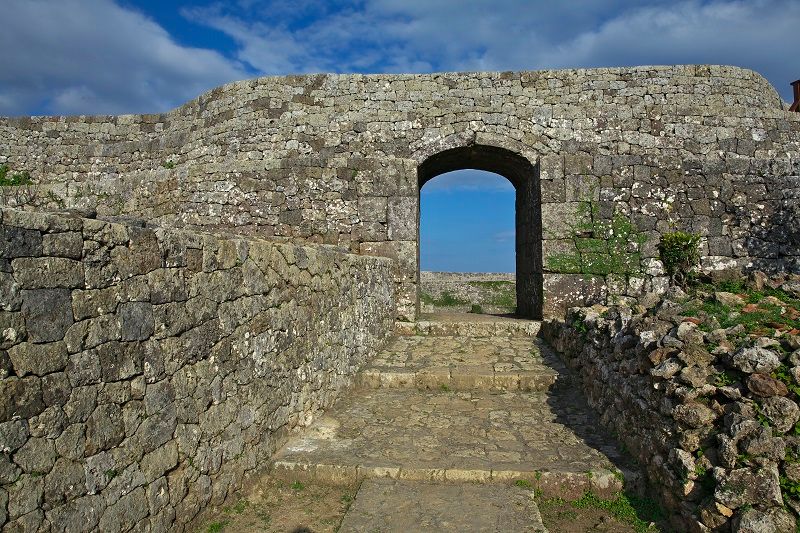 Nakagusuku Castle
Castle ruins that exist on top of a 160m-high hill. The curving stonework of the castle walls is beautiful, and its view of the great sea and the yellow blossoms of Japanese silverleaf in winter are popular examples of scenery.
read more 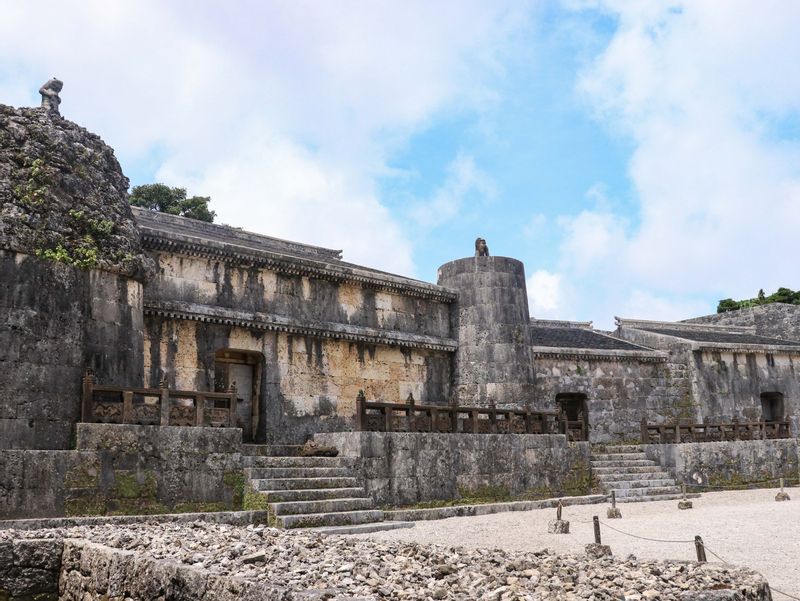 Tamaudun
Tamaudun is the final resting place of the royal family representing the 2nd Sho Dynasty which ruled Okinawa's Ryukyu Kingdom for 410 years from 1469 to 1879. It has been registered as a World Heritage site under the “Gusuku Sites and Related Properties of the Kingdom of Ryukyu”.
read more

Plan your trip to okinawa

How many days to spend in Okinawa
Top things to do and places to visit in Okinawa, an unbelievably breath-taking place of Japan
common.show-all
Planetyze
Private ToursAbout UsCompanyContact UsPress
Follow Us
YoutubeFacebookTwitterInstagramPinterest
Legal
Privacy PolicyTerms of Service