Top 21 things to do in Miyagi according to TripAdvisor

Miyagi is located on the Pacific coast in the southern Tohoku Region which stands on the north of Tokyo and on the east coast of Honshu island. Its features lie on  Pacific coastline, western mountains, and several natural parks. Matsushima city is set on a bay with 250 rocky islands and pine trees, and the Zuigan-Ji Zen temple which has an art museum and an avenue of cedars. In Miyagi’s capital, the largest city Sendai, there are remains of 17th-century Sendai Castle, built for samurai lord Date Masamune. Outside of Sendai is Matsushima, a coastal town well known for having one of Japan's three most scenic views. Today, let’s check out the list of top 21 attraction and things to do in Miyagi according to Trip Advisor. 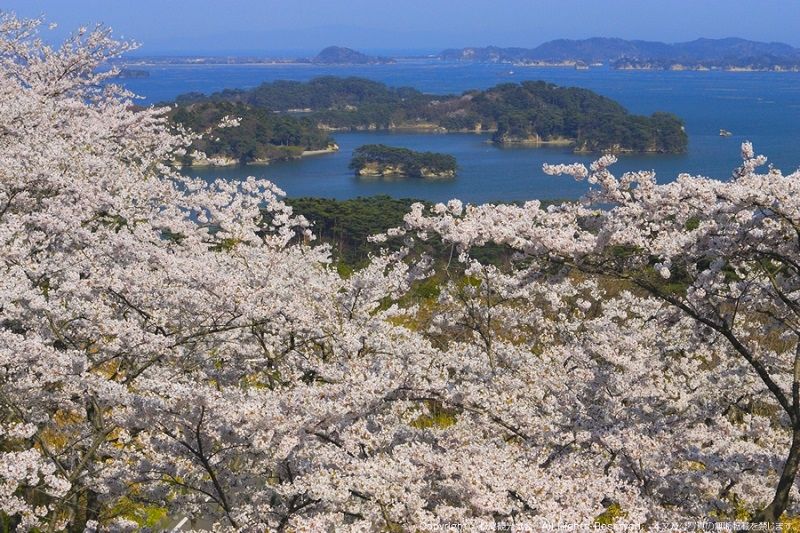 Matsushima
The scenic view of the 260 islands of varying size has a beauty that has inspired poets to write famous poems since the ancient times. There are plenty of historic sites nearby. And there are many attractions for touring the islands.
read more 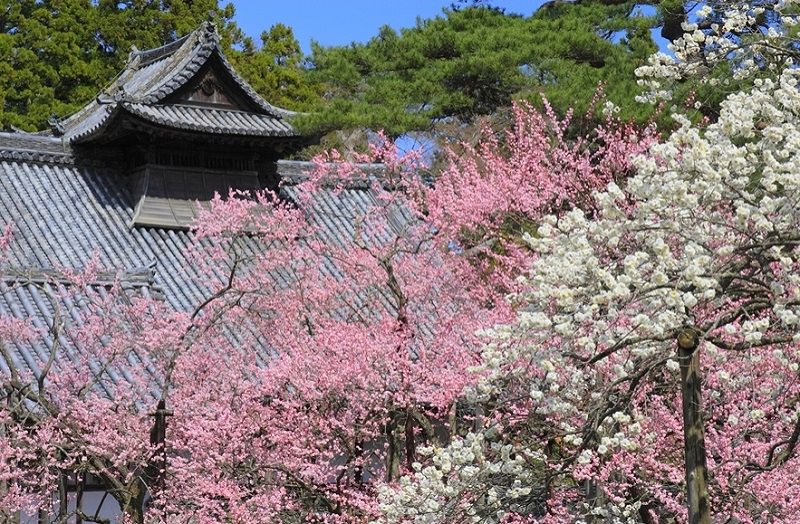 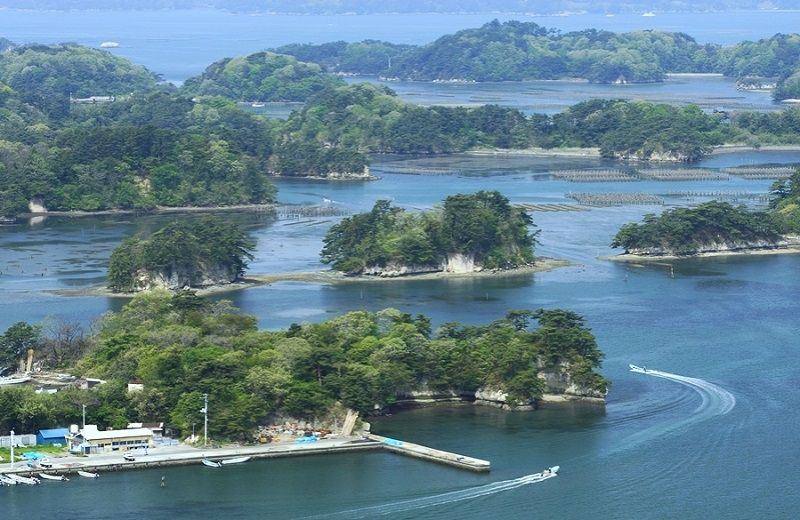 The Four Views of Matsushima
There are four locations with amazing views of the beautiful Matsushima scenery, famous since the Edo Era. From the four mountain tops, you can enjoy the view, each with their own remarkable traits.
read more 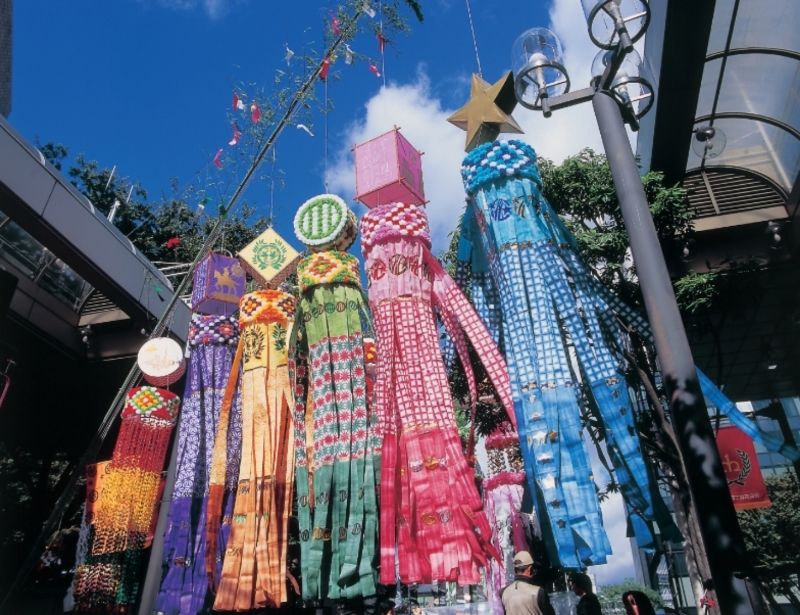 Sendai Tanabata Festival
A popular summer festival with splendid elegant Tanabata streamers hanging from above as if they were falling from the sky. Visitors are invited into a world of dreams decorated by episodes from the romantic tale of “Tanabata”.
read more 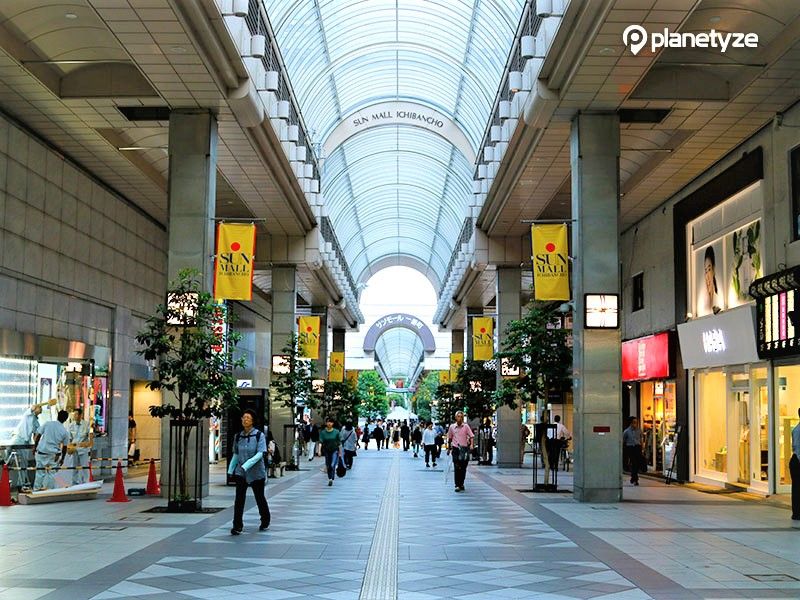 Sun Mall Ichibancho Shopping District
This district is a favorite among the citizens of Sendai. The 80 stores also include plenty of dining establishments such as “izakaya” (casual Japanese restaurant) and restaurants specializing in sushi and “gyutan” (beef tongue). During the Tanabata Festival in early August, the arcade is festooned with bright streamers.
read more 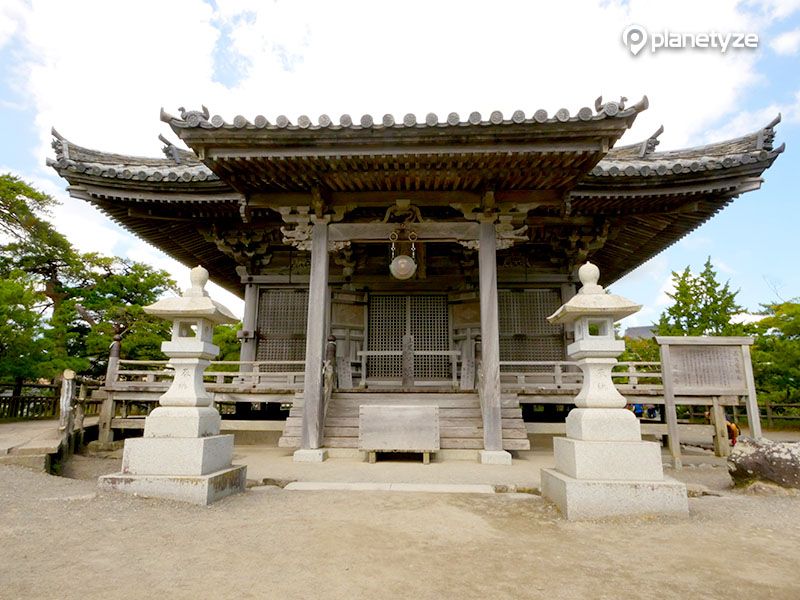 Godaido Temple
Godaido is located on a small island in Matsushima Bay. Built in 1604, this temple has the powerful appearance of Momoyama architecture. Enshrined within the temple, there are 5 “hibutsu” (Buddhist images not open for viewing) made during the mid-Heian Era. They are only opened for public viewing once every 33 years.
read more 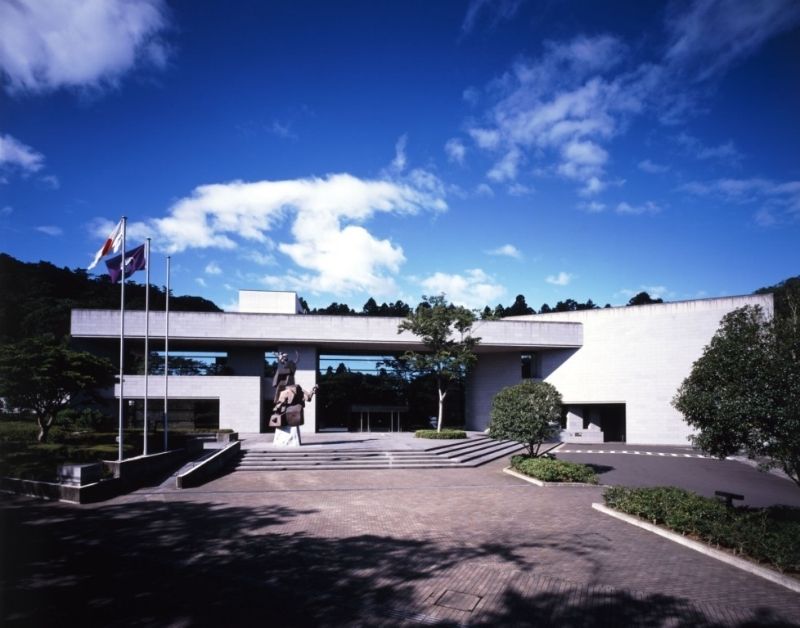 Sendai City Museum
Military commander Masamune Date was responsible for founding the city of Sendai which had an active role in the Sengoku Era from the 16th to 17th centuries. The artifacts of high historical value, most of which are donated cultural properties relating to the Date family must not be missed.
read more 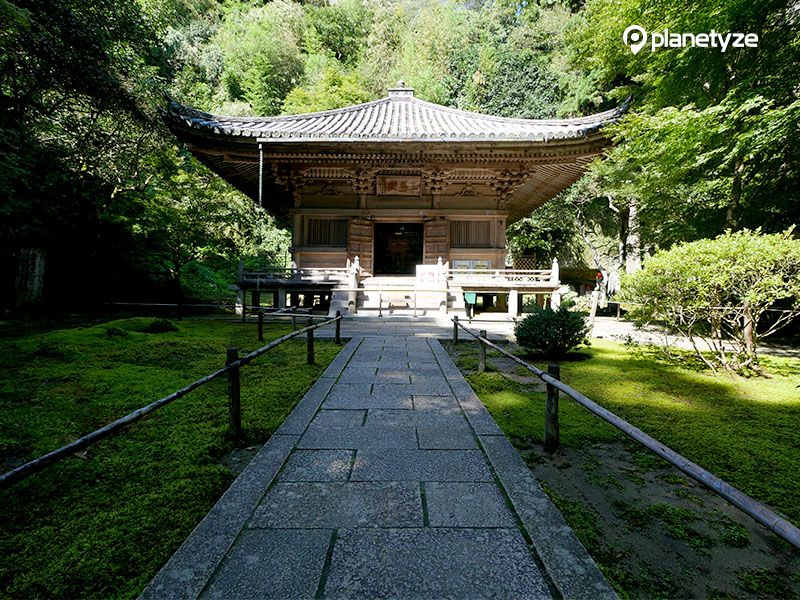 Entsuin Temple
This distinguished Zen temple was constructed in the 17th century. Starting with the Meditation Garden with its towering cedar trees, there are four different gardens to enjoy. The mausoleum for Mitsumune Date, made with the finest craftsmanship of the time, is also something not to be missed.
read more Fukuura Bridge
Fukuura Bridge is a 252m-long vermillion bridge linking the Prefectural Natural Park of Fukuura Island with the mainland. It is also known as “Deai Bridge” or “Encounter Bridge” since wonderful encounters have been known to happen there. In addition to the magnificent view during the day, the nighttime illumination and the superb winter view are also popular.
read more 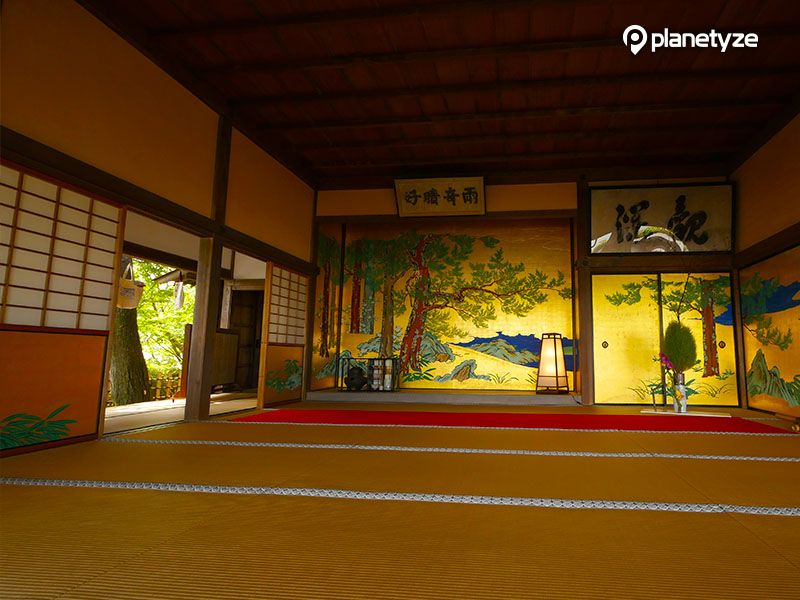 Kanrantei
The teahouse that was once located in military commander Hideyoshi Toyotomi’s Fushimi-Momoyama Castle, was moved to this new location. The Goza-no-Ma room with its sliding doors inlaid with gold leaf images is truly splendid. You can savor some matcha tea while taking in the gorgeous view of Matsushima Bay.
read more 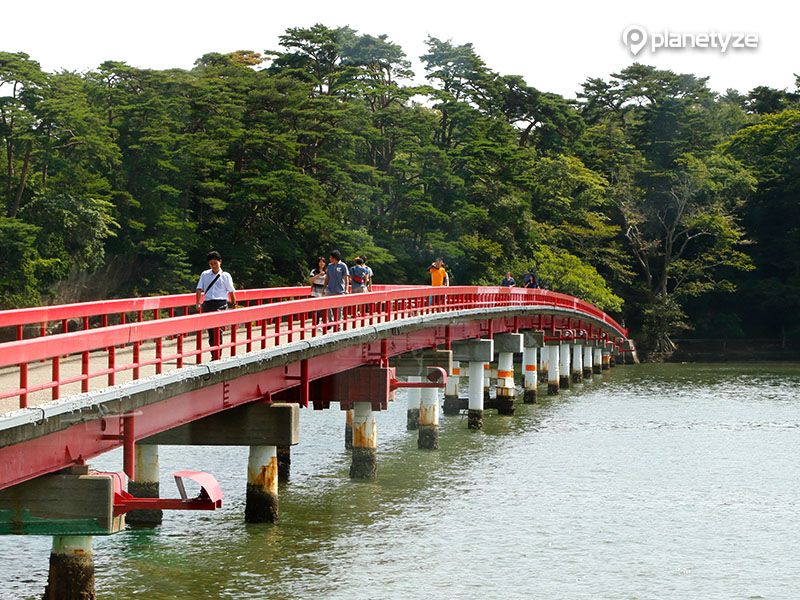 Fukuurajima
A 6 hectare prefectural park built on Fukuurajima Island in Matsushima Bay. You can take a stroll through the park while admiring the various trees and plants. The view of Matsushima Bay from the observation point is also wonderful sight.
read more 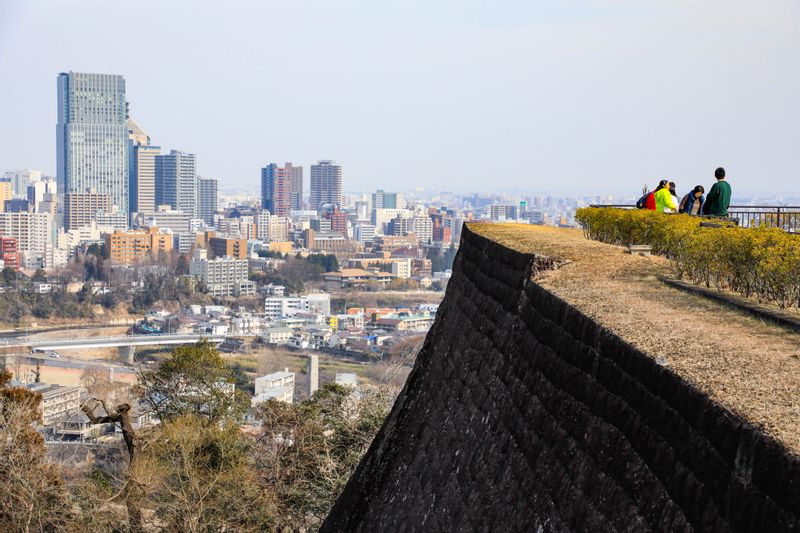 Site of Sendai Castle (Aoba Castle)
Sendai Castle, also known as Aoba Castle, was constructed in 1601. Currently, the remains of the castle serve as a park. The first lord of the Sendai clan, Masamune Date, is represented with his statue of him on horseback from where visitors can get a panoramic view of the city of Sendai. You can also view the restored maps of the castle along with precious historical information through CG at the Aoba Castle Museum.
read more 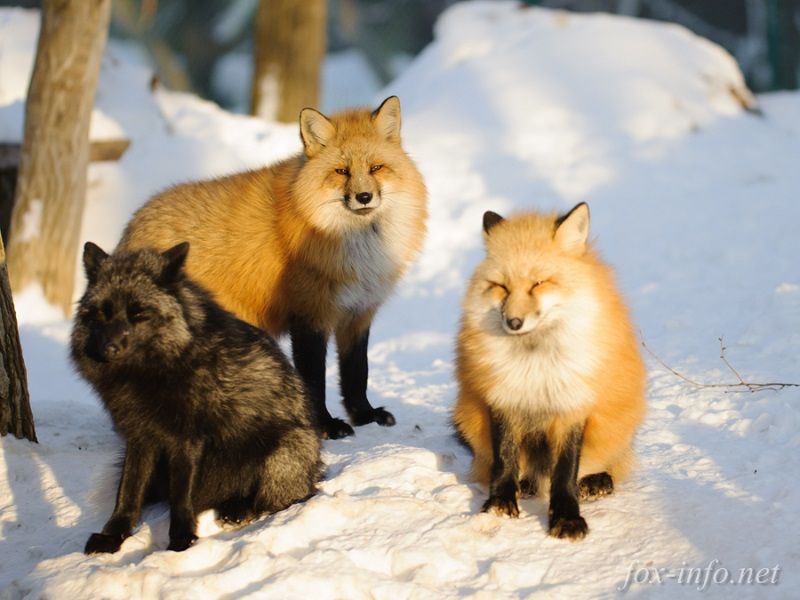 Miyagi Zao Fox Village
This is a theme park for foxes in the Zao woods in the middle of Mother Nature. Over a hundred foxes run free here as you see them spend a relaxing life. The experience of holding the foxes (high school students and older) and the small animal petting zoo are popular.
read more Otakamori
The Sokan on Otakamori is one of the Four Panoramic Views of Matsushima. From the top of this mountainous 105.8m-high hill, a grand 360-degree panorama spreads out in which the islands of Matsushima Bay can be seen. The beauty of the setting sun is also exceptional.
read more 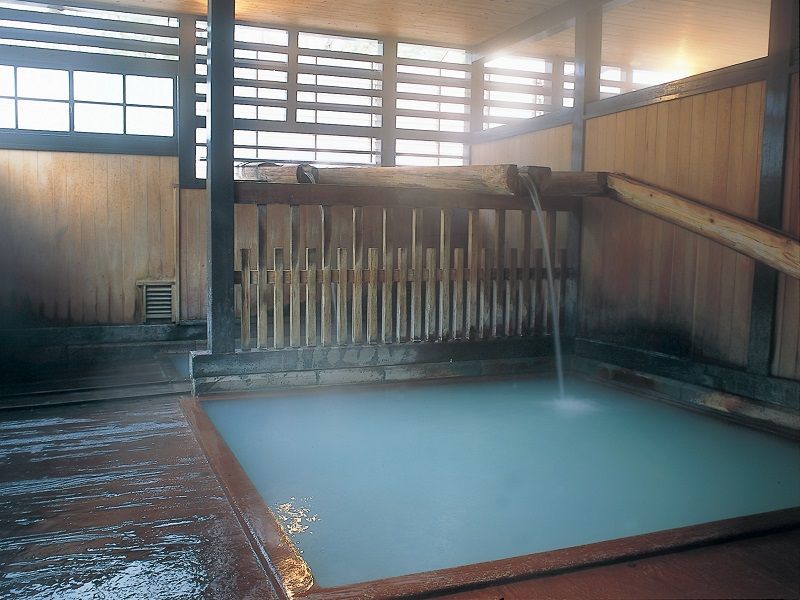 Naruko Onsen
The hot waters which first bubbled up due to a volcanic eruption over a millennium ago have continued to feed this historic hot spring to the present day. Possessing such a variety of waters that they vary depending on the ryokan (Japanese inn) they go to, Naruko Onsen is known as a famous hot spring of the Tohoku region. The old-fashioned feeling of the onsen town is also attractive.
read more Zuihoden
This mausoleum applies the design of Azuchi-Momoyama culture which is known for its gorgeous ornamentation and architecture. It was constructed in 1937 as the final resting place for the founding leader of the Sendai clan, Masamune Date, but burned down due to war damage. However it was rebuilt in 1979.
read more 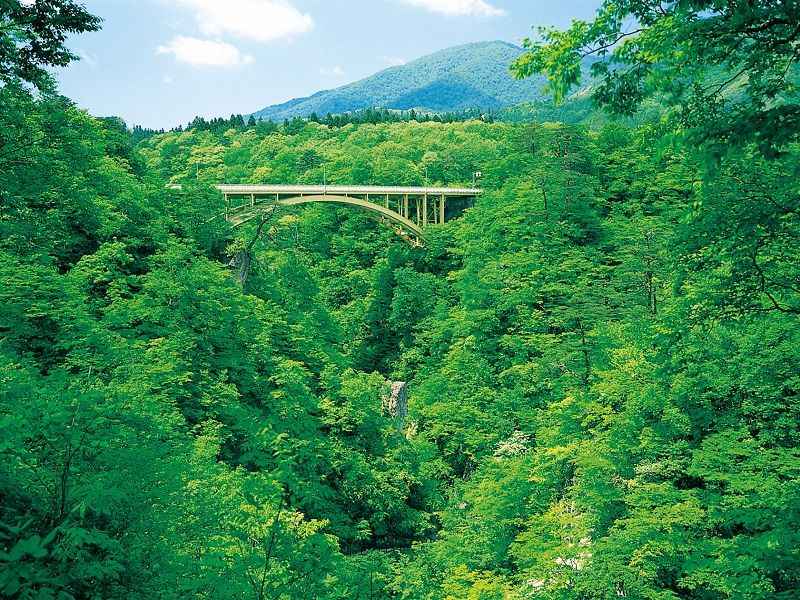 Naruko-kyo Gorge
The valley formed from the precipices ranging in height from 80-100m is a magnificent sight. This area of deciduous trees shows wonderful changes all throughout the seasons, and the autumn colors boast a superb view that is second to none. A walking trail is available so that many trekkers have visited the area.
read more 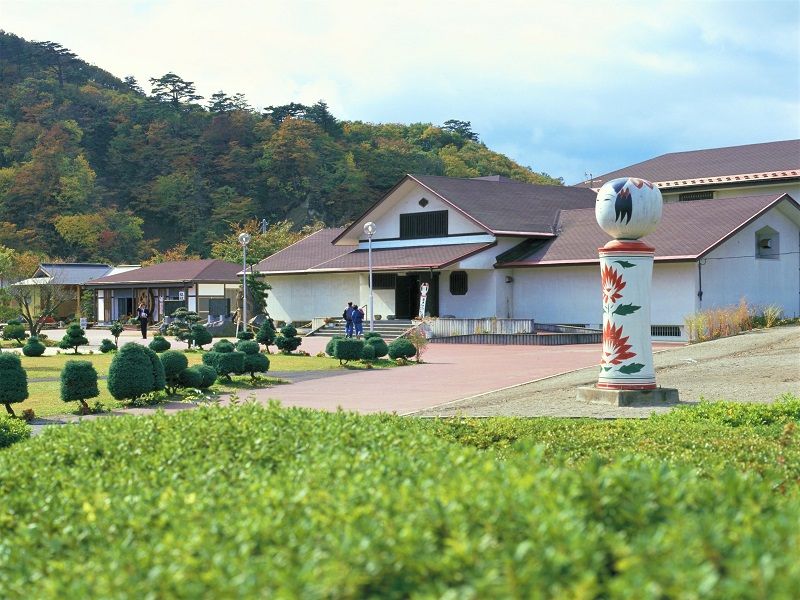 Japan Kokeshi Museum
The Japan Kokeshi Museum focuses on the traditional handicraft of the Naruko area, the kokeshi doll. Beginning with a collection of 600 exhibits by poet and writer of children’s stories, Kaname Fukazawa, there are also other displays including kokeshi dolls donated by famous people. You can also view the creation of kokeshi by artisans and even try your hand at painting some of them.
read more Jozenji Street
A zelkova tree-lined boulevard which is just right for Sendai, the “City of Trees”. The statues on the median make the street look like an outdoor gallery. Jozenji Street is also famous as the main venue for events such as the Tanabata Festival and the Hikari-no-Pageant (Pageant of Light).
read more Osaki Hachiman-gu Shrine
By the order of the Sendai feudal lord, Masamune Date, the splendid main shrine building began to be built from 1604 and took 12 years to be completed. The shrine has been designated as a National Treasure due to its status as one of the country’s oldest examples of the magnificent architecture symbolizing Azuchi-Momoyama culture.
read more Naruko Onsen Shrine
A 1,000-year-old shrine located on the plateau with an onsen town. Within the shrine grounds, there is a large kokeshi doll which is a traditional handicraft of Naruko. During the National Kokeshi Festival held every September, kokeshi from Japan are given as offerings.
read more 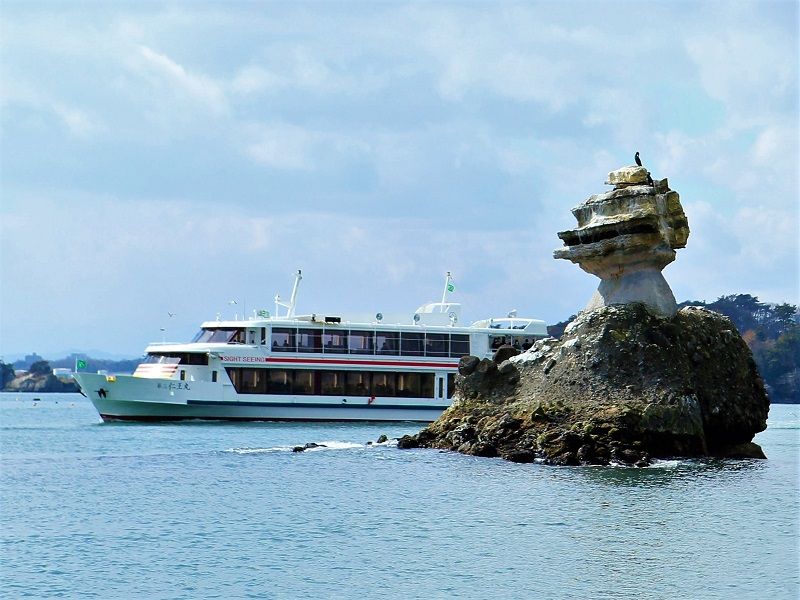 Matsushima Island Tour Sightseeing Cruises
Take a relaxing cruise around Matsushima which boasts one of Japan’s prominent sites of marine beauty. On the regular large-ship Niomaru course, you can get a close view of the islands in Matsushima Bay including Niojima, Kanejima and Senganjima.
read more

Plan your trip to miyagi