Top 10 most Beautiful Temples and Shrines in Osaka.

Osaka is the home of many famous temples and shrines in Japan. Besides from the Osaka Castle, the famous Glico sign and Universal Studio, to visit Osaka without going to these grand spiritual strutures would not make for a complete trip. Below, we have compiled a list of the top 10 temples and shrines in Osaka that you have got to see before returning to your country!

Hozen-ji, hidden at the back of Dotonbori is a real hidden gem in the Osaka city. Right in the midst of the hustle and bustle of the city this small oasis of peacefulness can offer you a some serenity from the busy crowds in the city. The temple is the home of the moss buddha to which the locals toss water over and do their prayers. It is a unique site to see and make the temple a charming place to visit.

About 15 minutes by foot from Namba Station you will find the Namba Yasaka Shrine in the middle of Osaka city. This shrine is especially famous for its interesting design, a large and intimidating lion head Ema-den of 12 m high, 11 m wide and 10 m deep with its mouth wide open. Every third Sunday in January a ritual is held in the form of a Tug-of-war game. This ritual is based on a Japanese myth that Susano o no Mikoto, the deity of the shrine, killed the large snake, Yamato no Oroshi, destroying people's hardships.

Tucked away in a more quiet area in Umeda, around a 12 minute walk from Higashi Umeda station. This small shrine is a very serene place where one take a breather from the busy city. At this shrine many businessmen often come before making a business deal. The shrine is also known as Ohatsu Tenjin. As Ohatsu Tenjin is a memorial of a double suicide of two lovers who took their lives at this exact shrine. This story has been retold for generations and has been made into a famous play, the Bunraku puppet play by Monzaemon Chikamatsu.

The temple is well kept and has lots to see. Located near the Municipal Museum of Fine Art, the temple has several building, cherry blossom trees and two large statues at the entrance to greet you. An interesting fact about the temple is that it enshrines Buddha statues that are made of human cremains in its mausoleum. From 1887 on people started bringing corpses to the temple of which a buddha would be made. Ever since then, the temple has made a Buddhist statue every 10 years.

The Ikukunitama Shrine is located a 3 minute walk from Tanimachi 9 chome Station of the Tanimachi Line. Originally the temple was built in the area around Osaka Csatle, however the temple burned down during the the Ishiyama battle in 1580. The temple is was rebuilt in its current location and is now famous for its summer festival that is held on July 11th and 12th, the Ikutama Summer festival.

This shrine, located in the south of honmaru (castle keep) in Osaka Castle Park is surrounded by a big beautiful green garden themed on the ocean which connects to the prosperity of Osaka that faces the Osaka.This shrine is definitely worth a visit during the springtime with its lovely cherry blossoms and a small rock garden. Enshrining Hideyoshi, Hideyori and Hidenaga who are worshipped as gods of success and luck, the shrine is visited by many people who come to pick up the shrine's sennari-hyotan amulet to add to their collection and pray for success and luck.

The Imamiya Ebisu Shrine is well known in Osaka. By the order of Prince Shotoku the shrine was founded in 600 and is now visited by a million people who pray to Ebessan, a god of business and commercial prosperity, every year! On January 10 the Toka Ebisu festival is held at this shrine. On this day people buy sacred bamboo branches that are decorated with lucky charms in hope of the success and prosperity of their businesses. 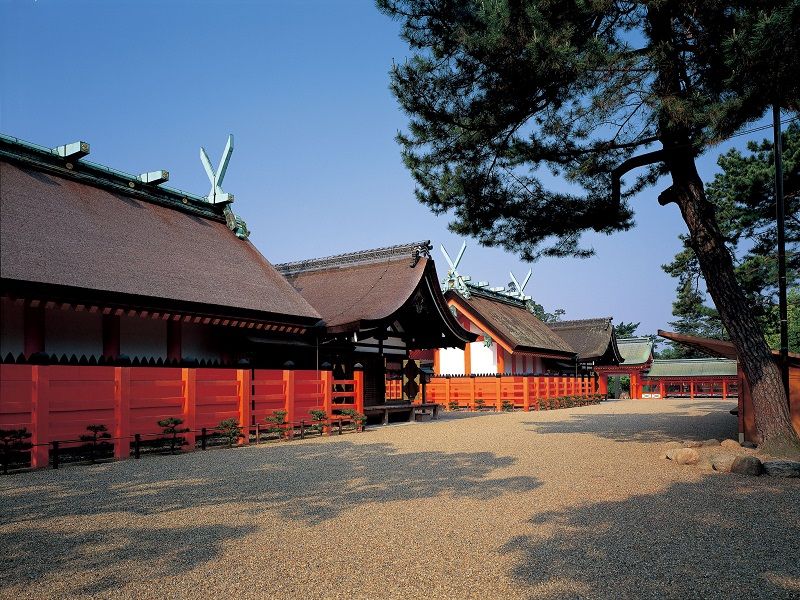 Sumiyoshi-taisha Shrine
The distinctive architectural style of Sumiyoshi-taisha Shrine is unusual. And it is popular for its arched bridge Taiko-bashi, and Hattatsu Mairi (praying for business prosperity). 2 million people come annually for the first shrine visit of the New Year or “hatsumode” in Japanese.
read more 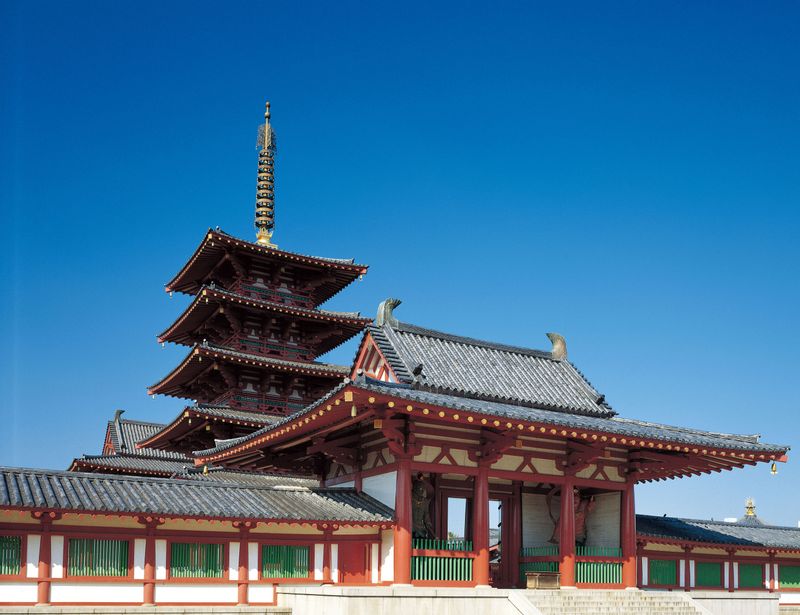 Shitenno-ji Temple
Shitenno-ji is Japan’s oldest temple, established by Prince Shotoku in his endeavor to create a new nation centered on the Emperor. It was built to provide salvation for the world.
read more 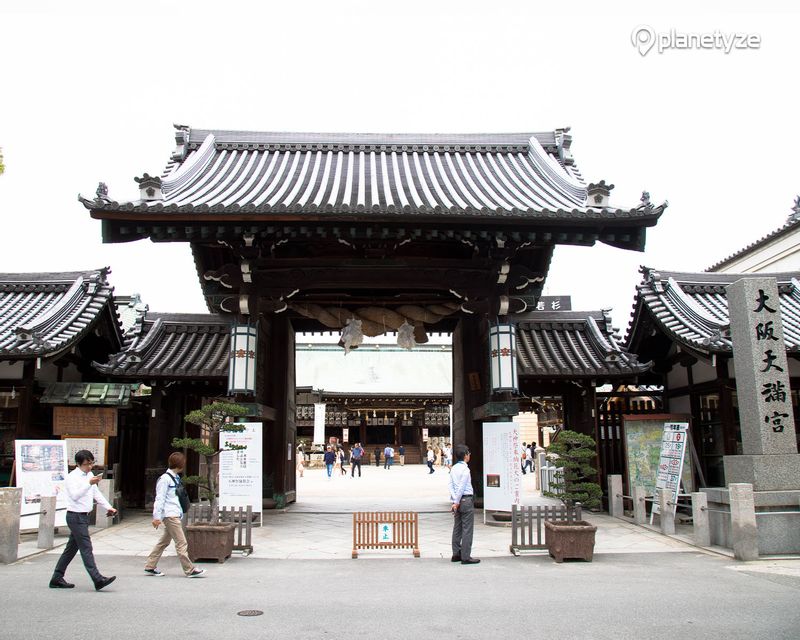 Osaka Tenman-gu Shrine
Osaka Tenman-gu is where Michizane Sugawara is enshrined. The 1000-year-old Tenjin Matsuri festival including funatogyo (sea procession) and a fireworks competition are traditions of summer in Osaka, a city by the bay.
read more

Plan your trip to osaka